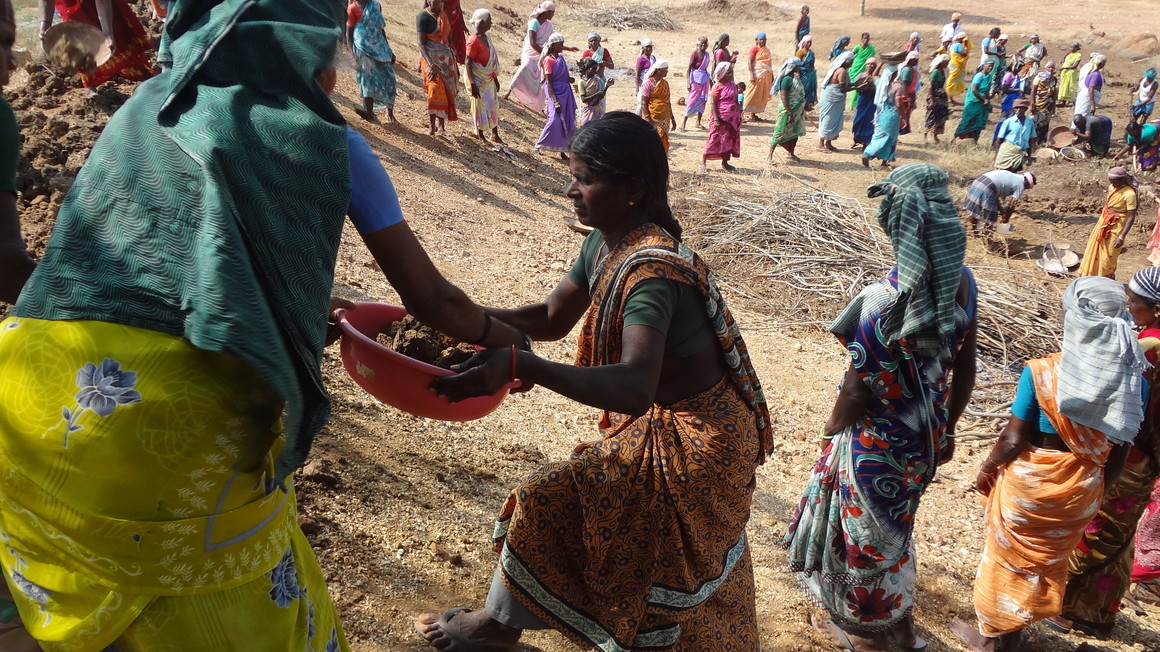 “Resourceful Women” is a project implemented by SEVAI to promote the role of women and improve the local economy in Tamil Nadu. It combines a complete training program for women empowerment with the creation of sustainable economic activities via access to public microcredit.

The project targets all marginalized women living below the poverty line in the selected intervention area. The majority of them has never been employed before or worked for the husband. The cluster coordinators of SEVAI rely on the reports of the Tamil Nadu government to identify these women who have the BPL status (Below Poverty Line). SEVAI organize a meeting in the selected clusters to introduce the Self-Help Group program.

Women are selected on a voluntary basis to ensure their willingness to mobilize in this project that requires time and personal investment. They form their own Self-Help Group and decide on the members who will be a part of it.

They follow vocational trainings of their choice to learn technical and management skills and drive an economic activity. Through the reinforcement of their capacities, women are empowered to act as ambassadors in their village and play their full role in society.

The project funded by Alstom allows the creation of 200 Self-Help Groups and will directly benefit to around 3,000 women. The following results are expected in order to reach the objectives of the program:

Enable women beneficiaries to start their own economic activity through the creation and financing of Self-Help Groups.

Strengthen the capacity of women members of SHG with a comprehensive program of adapted specific training.

Promote the involvement of women beneficiaries in the political, economic and social life of their communities.

Over the course of 6 months, the social workers from SEVAI conducted a substantial work to meet women from rural areas and present them the program. They started to create the Self-Helps Groups (SHG) taking care that all are created on a voluntary basis and by affinity. 204 Self-Helps Groups have been created and the animator and representative of each group have been elected. The general training on how to run a SHG as well as the training for the Animators and Representatives of each group have been completed for every group.

Overall outcomes of the project:

Women are starting to feel more self-confident. They are followed by SEVAI social workers and aware of the government schemes they can benefit from.